ZAMMLER › News › Viktor Shevchenko, CEO of ZAMMLER GROUP: what pitfalls are in a draft law on toll roads in Ukraine

Viktor Shevchenko, CEO of ZAMMLER GROUP: what pitfalls are in a draft law on toll roads in Ukraine 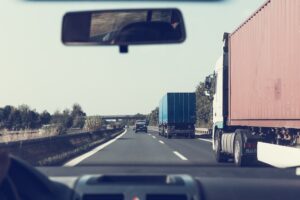 On May 27, a draft law has been registered in the Verkhovna Rada which provides for the introduction of tolls for the use of public roads.

As indicated in the explanatory note to the draft law, it is planned to introduce a toll collection system for vehicles driving on public roads with a total maximum permissible weight of 12 tons or more using satellite technologies. Moreover, the drafters predictably expect “resistance by trucking companies”.

Our company has been providing a full range of logistics services, including trucking, for over 13 years not only in Ukraine, but also abroad. And we do not feel any resistance to the mere fact of the need to pay for using roads. This practice is already well known to us, because this principle is applied in many European countries. Accordingly, such a step is quite logical when we are speaking about the European integration of Ukraine. What is different about it is the process of implementing this initiative in Ukraine, in our realities, with our “transparent” control system and the existing network of “broken” roads.

It seems that the good goal indicated by the drafters is to finance the construction, reconstruction, repair and maintenance of public roads. The amount of additional revenues to the budget for these purposes is estimated at UAH 9 billion, while the difference in toll for 1 km of the road ranges from UAH 1.00 to UAH 3.00.

But it is not clear whether these funds will be used for the purpose intended, who should control this process and how transparent these mechanisms will be.

The explanatory note to the draft law indicates the need to create a certain operator from among public or private enterprises which should ensure interaction between institutions in terms of the payment system functioning.

An open question is on what grounds the exceptions will be made, whether there will be no gap for corruption. As far as I am aware, the draft law was recently discussed among business associations with the participation of the Minister of Infrastructure and the management of the State Road Agency (Ukravtodor). Following this discussion, the management of Ukravtodor reported about the allegedly possible payment to be made only by foreign transportation carriers. But the draft laws contains no provision about that.

In fact, at the current stage, this initiative raises rather more questions than answers. The impression is that the drafters do not fully understand themselves how the proposed norms should be implemented.

But at least there are some specifics and a certain understanding of what the transportation carriers market players and end consumers may expect if the draft law is adopted in the near future.

First of all, these are additional risks for carriers who have signed long-term contracts with a pre-fixed cost of services without the possibility of price revision. A calculation based on GPS data, as planned, may be a way out of the situation. In such case payment for transportation will be made according to the data of GPS sensor installed in the car.

But again, do all carriers have this traffic tracking system, and will everyone be able to quickly implement such a system of mutual settlements with existing customers?

It must be also understood that road tolls will be directly proportional to the cost of transportation. We conducted a small survey among the audience on Facebook – how they assess such legislative initiative. As one of the subscribers said rightly, the end consumer will pay for everything. And I cannot but agree, said Viktor Shevchenko, CEO of ZAMMLER GROUP.